The Latest News in Dental Therapy

"the National Partnership for Dental Therapy (NPDT) announced the release of the Model Dental Therapist Rule and Best Practices Guide (the Model Rule), which will support the implementation, regulation and growth of the dental therapy profession." 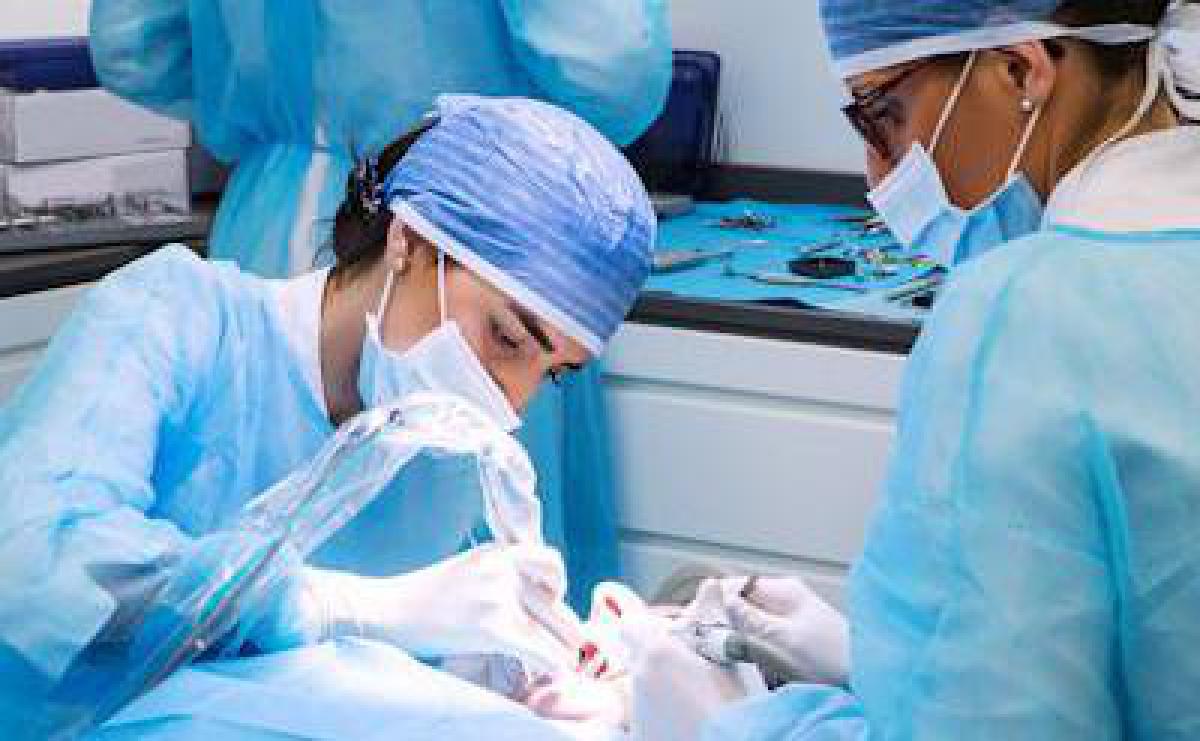 “This research illustrates the successful integration of dental therapists into established dental teams,” says CHWS Project Director Margaret Langelier. “Not only do dental therapists help increase organizational capacity and access to care, but our study indicates that patient satisfaction is high with these new dental providers.” 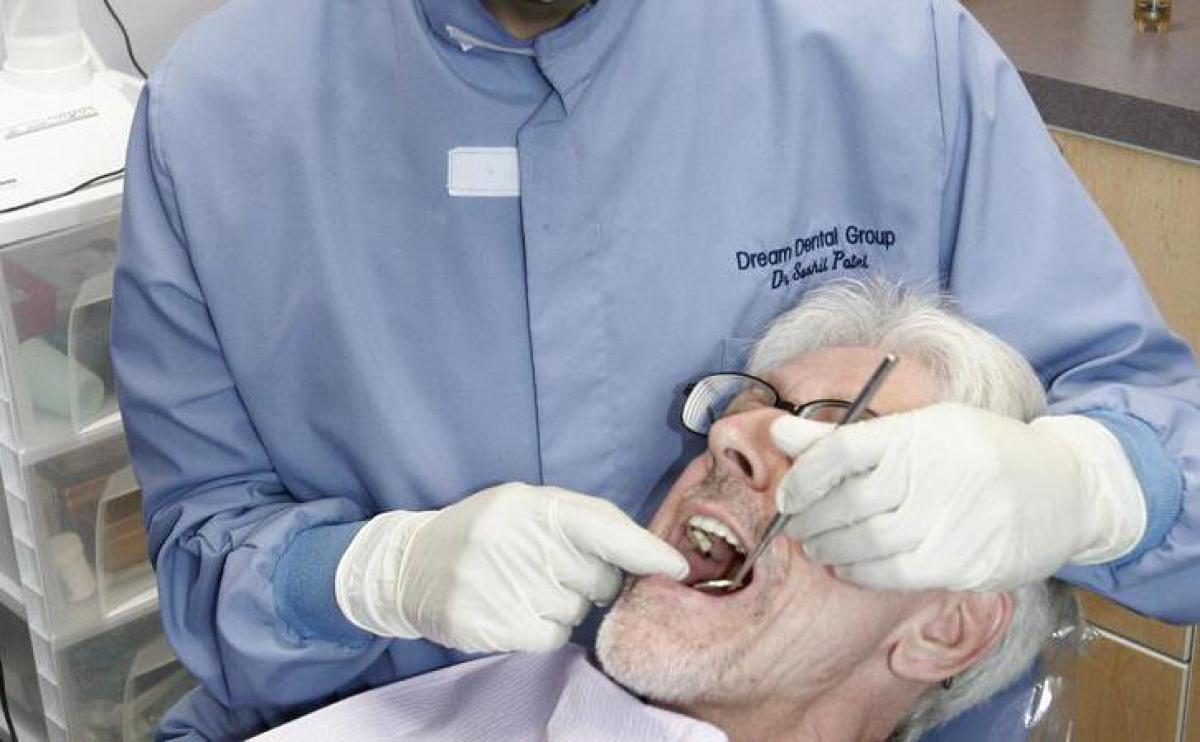 "Concluding that dental therapy improves access to oral health care and offers “clear benefits” to vulnerable and underserved communities, a new report from a federal advisory committee calls on Congress and the U.S. Department of Health and Human Services to implement policies that will advance the burgeoning practice.”

Concluding that dental therapy improves access to oral health care and offers “clear benefits” to vulnerable and underserved communities, a new report from a federal advisory committee calls on Congress and the U.S. Department of Health and Human Services to implement policies that will advance the burgeoning practice.

“This research illustrates the successful integration of dental therapists into established dental teams,” says CHWS Project Director Margaret Langelier. “Not only do dental therapists help increase organizational capacity and access to care, but our study indicates that patient satisfaction is high with these new dental providers.”

January 10, 2018: Dental therapists are helping the less fortunate in Minnesota. Michigan should follow their lead

Michael Van Beek, director of research for the Mackinac Center, authored this op-ed discussing the economic impact of Michigan's exisiting access to oral health care burden. A 2014 study by Anderson Economic Group identified about 7,000 Michigan patients using the emergency room in 2011 to deal with symptoms from preventable dental issues. Hospitals charged over $15 million for the services provided to these patients. About 1,000 of these patients were even hospitalized, but about half of these hospital stays were for complications relating to cavities — a problem that can be handled routinely in a dentist’s chair.

Sen. Mike Shirkey (R-Clarklake) discusses the reasons he introduced Senate Bill 541 in this op-ed for the Detroit News.

This piece in Trust magazine, published by the Pew Trusts, explores the many roles Jodi Becker plays as part of her job as an advanced dental therapist. Most weeks, she can be found packing her portable equipment and hitting the road to treat the many people in rural and suburban Minnesota who either can’t find a dentist to treat them or can’t travel to an office to receive care.

This Washington Post article discusses the efforts of the American Dental Association to fight mid-level provider legislation in any state considering it. "Among the general public, dentists tend to have a Norman Rockwell appeal — solo practitioners who clean your teeth, tell your kids to cut down on the candy, and put their seal of approval on a range of minty toothpastes and mouthwashes. But lawmakers from Maine to Alaska see a different side of dentists and their lobby, the American Dental Association, describing a political force so unified, so relentless and so thoroughly woven into American communities that its clout rivals that of the gun lobby."

June 23, 2017: How America's Dental Health Crisis Created Mexico's "Molar City"
This HuffPost article discusses a report written by researchers at the conservative Arizona-based Goldwater Institute. The Goldwater Institute is one of a growing number of groups on both sides of the political aisle advocating for the licensure of midlevel providers in dentistry as a means to improve access to affordable dental care in the U.S. It also examines the small border town, Los Algodones, which is better known by its nickname, Molar City, because of the number of Americans traveling there for care.

This New York Times column highlights difficulty with finding oral health care and explores the long-term health problems that result from neglect: “Gum disease can increase the risk of heart disease and diabetes, and among pregnant women it is correlated with lower birth weights for their babies.” Additionally, tooth decay causes pain, an inability to eat solid foods, and even more serious problems if left untreated.

This Washington Post report takes an in-depth look at the growing crisis surrounding access to dental care. "Millions of others rely on charity clinics and hospital emergency rooms to treat painful and neglected teeth. Unable to afford expensive root canals and crowns, many simply have them pulled. Nearly 1 in 5 Americans older than 65 do not have a single real tooth left."

This Watchdog.org report discusses how dental therapy advocates may finally get a leg up on the powerful dental lobby around the country.

This piece ran in the trade publication Dentistry Today and was authored by Michael Hamilton of the Illinois-based Heartland Institute. Hamilton discusses how states are preventing dentists from expanding their practices. "One kind of dental teammate inaccessible to dentists in most states is the dental therapist. Obstruction of dentists’ freedom to hire dental therapists ensues not from political bias but from special interests. Opponents include dentists who are concerned that patient care and the traditional dentistry model will be turned upside down if an enterprising dentist strays from the pack by hiring and supervising a dental therapist."

This blog post from The Mackinac Center discusses how mid-level providers could fill the shortage gap in Michigan.

August 30, 2016: Could dental therapy improve access to care in Michigan?

The Michigan Radio current events program Stateside did an interview with Dr. David Gesko, senior vice president of HealthPartners in Minnesota and the Michigan Dental Association, discussing SB 1013 and the work of dental therapists in Minnesota.

The Wall Street Journal explored the issue in Michigan and other states in this piece.

Dr. Marilyn Stolberg, a dentist who has practiced throughout northern lower Michigan and served as director of clinical education for the Allied Dental programs at Ferris State University as well as chief dental officer at a federally qualified health center, spoke to the need for dental therapists to join Michigan's workforce in this op-ed, published Mlive.com.

August 7, 2016: Give dentists the option to hire therapists

In response to an opinion piece authored by Dr. Larry DeGroat, president of the Michigan Dental Association, Dr. David Gesko, senior vice president of HealthPartners in Minnesota, submitted this letter published in the Detroit News, explaining that dental therapists are contributing to increased access in Minnesota.

On June 20, Vermont Governor Peter Shumlin signed Senate Bill 20 into law, authorizing the practice of dental therapy. After a five-year campaign by the Vermont Oral Health Care for All Coalition, Vermont became the third state, joining Maine and Minnesota, to allow dentists to hire these midlevel providers. Dental therapists also work with dentists caring for Native American tribes in Alaska, Oregon, and Washington.

May 22, 2016: Where Dentists Are Scarce, American Indians Forge a Path to Better Care

The New York Times reports on a dental therapist practicing at the Swinomish Dental Clinic in Washington.

April 19, 2016: Tribal Pilot Program May Point to Dental-care Future For All Oregonians

James Haveman, former director of what was then the Michigan Department of Community Health, discusses in this Detroit News op-ed how states are creating new midlevel dental care providers with good results.