SB 541 was enacted with Governor Rick Snyder's signature on December 27, 2018--establishing PA 463--a little more than a week after the legislation passed the House. You can download the press release on passage of the bill below.

UPDATE 9-17-20: The public hearing for the draft dental therapist licensing rules has been held and comments submitted.

The draft rules are available via a link here.

After leading the work of the MI Dental Access coalition on PA 463 of 2018, MCMCH has continued to follow the rules process and has submitted commentsin support of the rules as presented.

We believe the rules as presented are substantially in keeping with the legislative intent of the statute and that, if promulgated, will create a regulatory structure that ensures only qualified individuals educated at institutions which meet the Commission on Dental Accreditation standards will be licensed as dental therapists in Michigan. The rules in their current form also do not create any unnecessary burdens to entering the profession or practicing the scope of practice as defined in statute.

MCMCH worked with Rep. Jason Sheppard (R-Temperance) to address one issue that cannot be clarified through rule language. House Bill 5827 amends the Public Health Code to allow the required hours of clinical practice to be supervised by a dentist licensed in the state where the educational program is located, not limiting it to a Michigan dentist.

The bill passed the House of Representatives in June and was voted out by the Senate Health Policy Committee September 17. We're very grateful to Rep. Sheppard for advancing this bill in a such a timely manner and we look forward to its progression through the Senate in tandem with completion of the rule promulgation process. 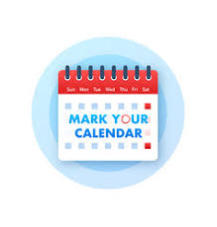 The Minnesota Experience
A September 2019 report on Minnesota's dental therapy workforce from the Minnesota Department of Health is available for download here.

The Minnesota Legislature authorized licensing of dental therapists in 2009, and they began practicing in Minnesota in 2011. As is outlined in Michigan's statute as well, dental therapists are required to practice in settings that primarily serve low-income, uninsured, and underserved patients, or in areas designated as dental Health Professional Shortage areas.

According to the Minnesota Board of Dentistry, there were 92 dental therapists (including Advanced Dental Therapists) with active licenses as of December 2018.

Video Available: What is a Dental Therapist? Our partners at the Pew Charitable Trusts produced a fun video that provides a quick overall look at the work of dental therapists. In the video, viewers can see how dental therapists are making a difference when it comes to dental health and why more U.S. states are authorizing dental therapists. Access the video here.

The Road to Bring Dental Therapists to Michigan
Sen. Mike Shirkey (R- Clarklake) introduced Senate Bill 541 to address significant gaps in access to oral health services across the state by licensing dental therapists to practice in Michigan. SB 541 would allow dentists to treat more patients by hiring dental therapists, similar to a physician assistant on a medical team, to provide preventive and routine restorative care such as filling cavities.

Michigan has an uneven distribution of dentists, resulting in a shortage of dental providers in many rural and urban communities.  77 out of Michigan’s 83 counties have at least one dental shortage area, leaving millions of residents without access to necessary oral care. SB 541 will expand oral health care especially to vulnerable people, including seniors, pregnant women, children and people living in rural areas.

“Expanding the dental team to include a dental therapist could improve overall access to oral health care for underserved patients while allowing dentists to increase their revenues and modernize and expand their practices,” said Sen. Shirkey. “When people cannot get dental care, they often resort to emergency rooms for relief which costs Michigan taxpayers money. Relying on emergency rooms doesn’t alleviate patients’ underlying problems and places an unfair burden on taxpayers.”

Access to dental care is limited or nonexistent for millions of Michigan residents:

•      More than one-third of all Michigan seniors have lost six or more natural teeth due to tooth decay or gum disease.

•      Half of new mothers in 2014 did not receive a preventative dental visit during their pregnancy. Research shows gum disease can increase the risk of preterm birth.

•      Approximately half of the kids covered by Medicaid or Healthy Kids Dental did not receive dental services in 2016.

PA 463 increases the number of highly trained professionals able to perform these basic procedures under the supervision of a dentist and allow dentists to focus their time and skills on more complicated procedures.

Arizona, Minnesota, Maine, Vermont and tribal governments in Alaska, Washington, and Oregon allow dentists to hire these midlevel providers. More than a dozen other states are considering similar bills.

IIn August 2020, the ADA’s Commission on Dental Accreditation (CODA) accredited the dental therapy program at Ilisaġvik College in Utqiaġvik, Alaska. According to the National Partnership for Dental Therapy, this is the first time that CODA has granted accreditation to a dental therapy education program. Read more here.

In 2011, Apple Tree Dental began deploying an advanced dental therapist, as part of its care team at the Madelia Center for Dental Health, a dental clinic located within the Madelia Community Hospital and Clinic in rural southwestern Minnesota. In 2016, the population of Madelia was 2,239, and both the hospital and Apple Tree served patients from surrounding south-central rural counties.

This case study, covering the dental therapist's work from 2014 through 2016, provides an analysis of the productivity and cost effectiveness of an Advanced Dental Therapist (ADT) and the findings strongly suggest that other rural dental practices could benefit from adding dental therapists to their dental care teams. You can read the full case study here.

Children and adults had lower rates of tooth extractions and more preventive care in Alaska Native communities served frequently by dental health aide therapists than residents in communities not receiving these services, according to a new study released by the University of Washington.

Led by Donald Chi, DDS, PhD, and funded by The Pew Charitable Trusts, the Rasmuson Foundation and the WK Kellogg Foundation, the study presents an analysis of patients in the Yukon-Kuskokwim Health Corporation (YKHC) from 2006 to 2015. The YKHC, which is a part of the Alaska Tribal Health System, serves 25,000 Alaska Natives representing 58 federally recognized tribes. Read more here.

Two recent case studies show that the addition of dental therapists at two private, for-profit clinics in Minnesota helped increase access to oral health services for low-income and underserved residents while providing quality care and significantly increased cost-efficiency. In 2009, Minnesota approved legislation authorizing the statewide use of dental therapy. State dental therapists must work in practice settings that serve low-income and underserved people or in areas designated by the federal government as a "dental health professional shortage area" (DHPSA).

The case studies assessed the contribution of dental therapists at Midwest Dental and Grand Marais Family Dentistry. These two private, for-profit clinics are located in rural areas of Minneosta that are designated as DHPSAs. The results show that the clinics were able to serve more patients with public insurance after hiring dental therapists. Read more here.

The MI Dental Access Coalition: How We Got Here

The need to improve access to oral health care in Michigan is not a new issue.  Despite efforts, the lack of access persists for many populations in our state.  For decades, disparities in oral health have existed due to barriers to access, including a misdistribution of dental providers, a shortage of dentists in Michigan who accept Medicaid and a lack of dentists who specialize in populations such as children, special needs adults and senior citizens. Other barriers to oral health care include lack of transportation, delays in getting appointments during a dental emergency, and lack of awareness of parents and caregivers about the importance of oral health care.

Licensing dental therapists to practice in Michigan will help the numerous populations in our state who remain underserved.

The Michigan Council for Maternal and Child Health (MCMCH) and its partners are working to further evidence-based, cost effective policy solutions to improve access to oral health services.

To learn more about our work, visit the About page. 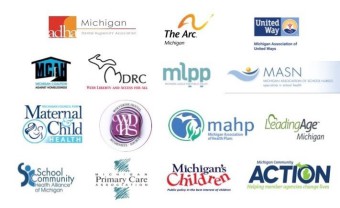 Visit our Research page to learn more about oral health and dental care access in Michigan. 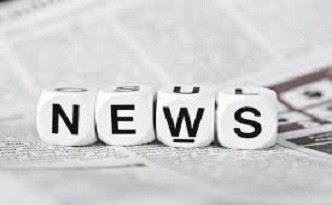 Work to improve dental access in Michigan is getting noticed! Take a look on our News page. 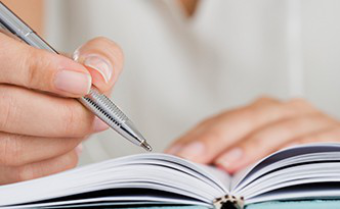